The Bleaching Corrector for fluorescence microscopy is available in Huygens Essential and Huygens Professional since version 17.04 and is included there free of charge.

The Bleaching Corrector can correct for bleaching and illumination instability in the Z and T direction. A constant emission intensity throughout the image is important for image restoration because of the following reasons: 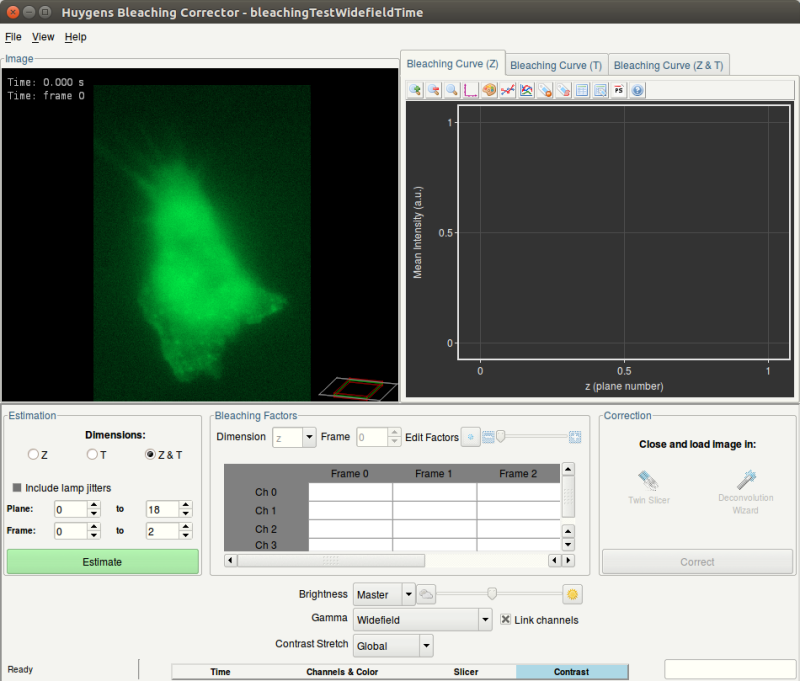 How to use it

An image can be corrected for bleaching through the following procedure:

Image Slicer
A slice of the image is shown in the upper left corner of the window. More information regarding the scene and view options can be (un)selected under the View menu in the taskbar.

Slicer Widgets
The bottom of the “Bleaching Corrector” window contains widgets coupled to the rendered image. They are divided into four tabs:

Intensity Plot
Both the original (straight) and corrected (dashed) intensities are plotted in the upper right corner of the window. The plots are divided into three tabs which makes it possible to toggle between intensity curves in the Z, T and Z&T direction, depending on the estimation that is made.

Close and Load
It is possible to open the corrected images with either the Twin Slicer or the Deconvolution Wizard.