Deconvolution has never been easier!

With smart templates and automated background and SNR estimation.


The powerful Deconvolution Express option makes use of smart templates and Huygens' high-quality deconvolution algorithms to restore your images in a matter of seconds. Using smart profiles for finding acceptable parameter values, the Express helps to reveal great image detail while decreasing blurring and noise without relying on user input. 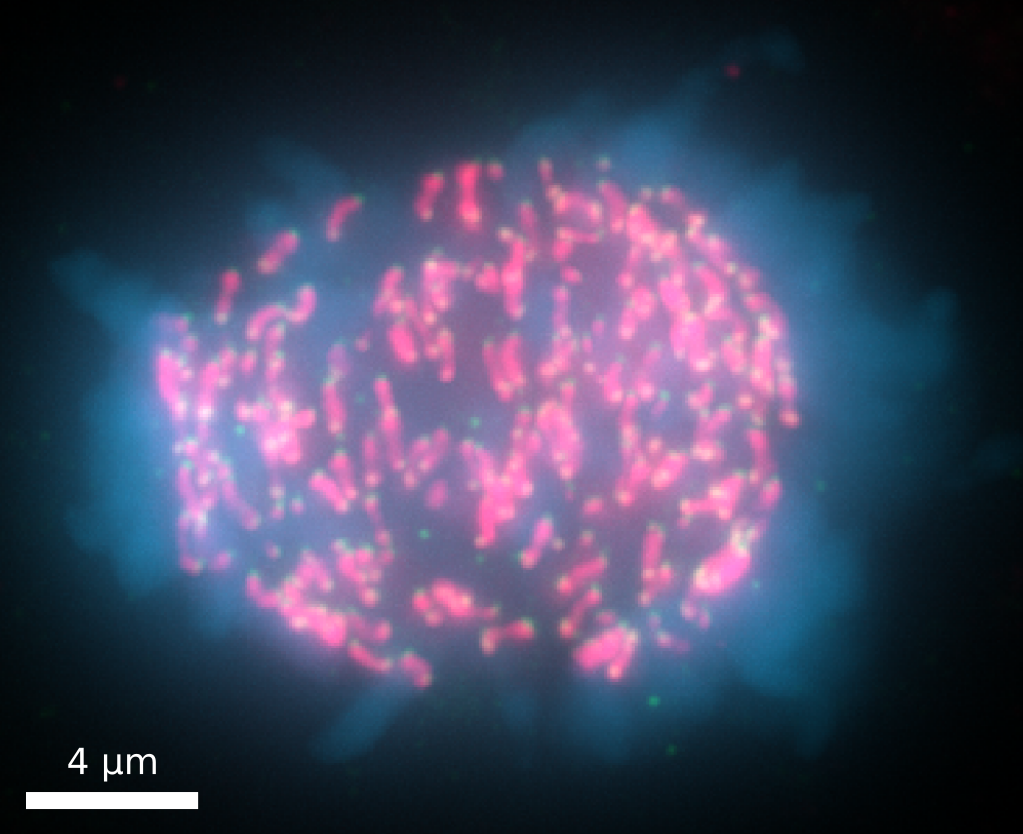 
Choose from 4 smart templates for finding the optimal deconvolution method for each image. Each profile surveys the image with different conditions to arrive at the best deconvolution parameters for that image. These profiles are available for user selection and can be generally understood as a speed versus resolution gauge.

Fast: uses faster deconvolution algorithms and fewer iterations than in other profiles. This profile is fast and well suited for images with high signal-to-noise ratio.

Aggressive: well suited for images with a high signal-to-noise ratio. This profile will boost the resolution of the result.
Based on the selected smart profile, Deconvolution Express automatically decides on the best deconvolution parameters for the input image. The tool will first estimate the image background and Signal to Noise Ratio (SNR) using the microscopy parameters. Huygens automatically reads-in metadata from most vendors to obtain these parameters. The more complete and accurate this information is, the more reliable the restoration will be. In addition to estimating the image statistics, Deconvolution Express makes smart choices on the type of algorithm, the number of iterations, the quality threshold, and the optimal number of bricks, among other things. After the express deconvolution, you can inuitively tune the result toward a smoother or sharper image using a slider and, if desired, run the deconvolution again with these settings.