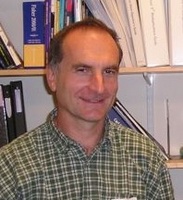 Scientific Volume Imaging (SVI) was founded in 1995 by Dr. Hans van der Voort who is also nowadays one of the driving forces behind the Huygens Software.

As Deconvolution was still a novel field at the beginning of the nineties SVI's clients were often pioneers in imaging in lifesciences and the software was developed for them and with them as their comments and requests were leading in the development of Huygens.

This tradition is still kept sacred by SVI and it will be upheld in the future. Also now SVI developers works closely together with pioneering groups in imaging and biological science in the States and in Europe, both directly and in various daring imaging ResearchProjects partly funded by Science Foundations and the European Union.

Results from those cooperations can be found in all SVI software so also in its most widespread software package Huygens Essential. Introduced in 2000 so that also the novel user could deconvolve image stacks very easily, it soon became a great success as deconvolution suddenly became an easy matter.

Since 2003, next to its long standing experience in deconvolution on many different platforms, SVI has taken major steps into adding visualisation and analysis software as a logical next step for its users of Huygens deconvolution.

Over the years SVI has grown to a company with a balanced mix of excellent programmers with a scientific background, support people who know the importance of a fast and correct response and sales people with in-depth knowledge of imaging. Together we aim to stay in close contact with our customers to give them the best products we can offer.