Many images suffer from uneven illumination of the field, with poorer illumination at the image periphery. This so-called vignetting problem is due to factors in the microscope light path, such as limitation in the lenses or in the camera. The vignetting effect becomes particularly evident when 2D or 3D tile images are stitched together. The Huygens Stitcher can correct for vignetting and create an uniform reconstruction of the large field of view.


Requires a 2D flat field image acquired with the same dimensions and using the same optical path as the other tiles, but from a region on the coverslip or slide without any sample. Ideally this is done for all channels independently as they might contain different vignetting patterns. Although not mandatory, it is also possible to load a darkfield image to recover the true signal even more precisely. This dark frame is acquired without a light source or with closing the shutter, and will compensate for residual signal from the internal temperature, electric currents, etc. The vignetting correction works on 2D and 3D tile images.


Vignetting model: the vignetting model can be set to circular (default) and ellipsoidal. This model describes the shape of the shading of the image, as illustrated in these examples in Fig.1:

Examples of uneven illumination for a circular (A) or a ellipsoidal (B and C) vignetting model.

Examples of line profiles (A) across an image suffering for vignetting (B), with the respective settings for the vignetting slider. 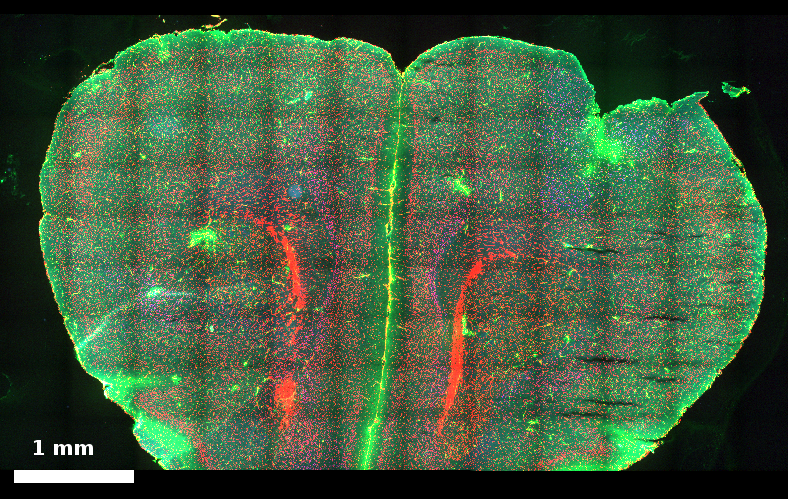