Deconvolution: Recovery of an object from an image that is degraded by blurring and noise. In microscopy the blurring is largely due to diffraction limited imaging by the instrument; the noise is usually photon noise.

In fluorescence microscopy, the Huygens Software deconvolution algorithms can only be applied to


Out of these points, deconvolution does not have any scientific validation for non-optical images, but still can be used to beautify some non-optical images as if it were a "Photoshop" image filter.
The Microscopic Parameters and the Restoration Parameters have no longer any physical meaning, and you just vary them until you get a nice result. An example follows.

Below is a restoration test using a.o. the Huygens software fir the enhancement of an SEM image.

The material was prepared and imaged by Hanlie Grobler, Laboratory Manager, Centre for Microscopy, University of the Free State, Bloemfontein, South Africa. The images are from a microbial biofilm (supplied by Department of Microbial, Biochemical and Food Biotechnology). (The specimen is typically coated by sputter coating with 60nm gold. Huygens parameter files compiled by Prof. P.W.J. van Wyk (Director: Centre for Microscopy).

Method:
Huygens Essential was used for deconvolution. Care must be taken not to include in the image any maximized black/white areas such as text or scale bars. 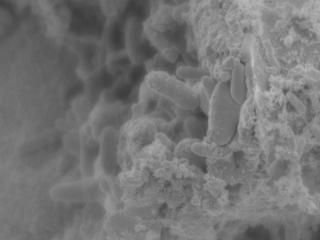 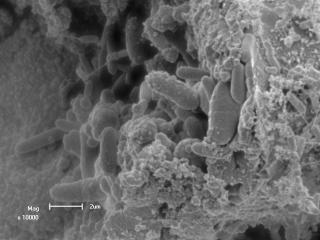 Below is another restoration test using Huygens Professional with a 2D (projection) ScanningElectronMicroscopy (SEM) image of a ceramic. 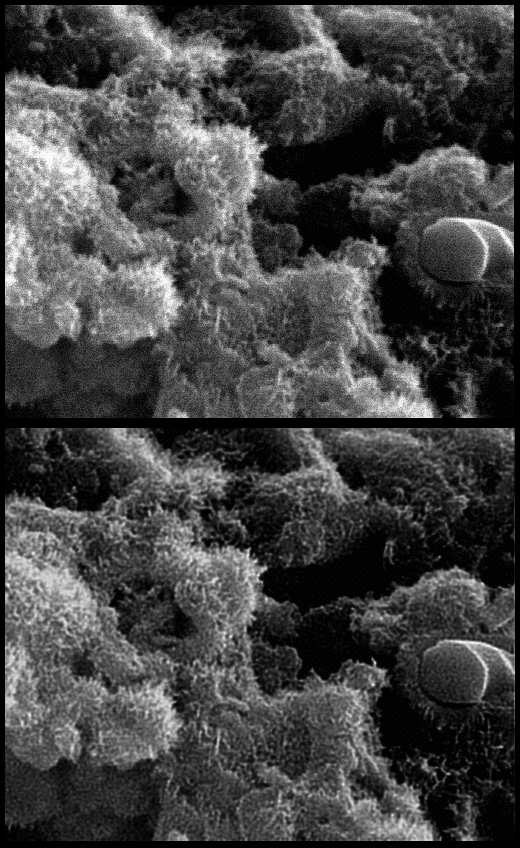